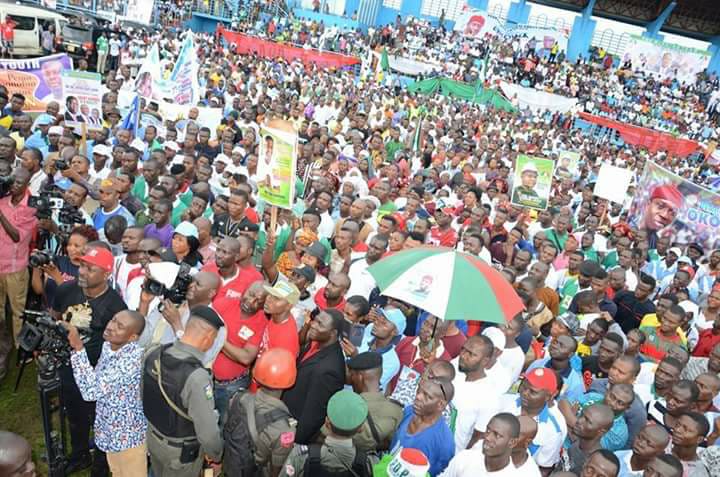 Ahead of 2019 general elections, the leadership of the Peoples Democratic Party, PDP, Delta Central in a strategic move has brought back to its fold, Chief Felix Anirah, an All Progressive Congress, APC, chieftain and the only visible opposition figure in Sapele local government area.

Chief Anirah will formally join the PDP, on Thursday, 4th January, at the PDP Secretariat opposite Union Bank, Sapele/Warri road and the Delta State Governor, Senator Dr. Ifeanyi Okowa is expected to be in Sapele to personally receive the man, many see as the last man standing in a party that has continue to suffer setback, in the State for some time now, a move many political observers in Sapele and environs says will cement PDP stronghold in Sapele.

With a huge followership of over 5,000 followers, Chief Anirah, a former PDP State Assistant Secretary is considered by political pundits as a strong opposition force with grassroot link.

With Anirah’s coming back to the PDP, and the likes of Chief Charles Obule in the party, the political structure of Sapele is now firmly in the hands of PDP, as there is no other viable opposition figure that can pull a stunt that Anirah pulled in 2015.

Chief Anirah speaking on why he dumped the APC, said that President Muhammadu Buhari led APC government is insensitive to the pains and suffering Nigerians are going through.

He noted that from all intent and purpose, the APC-led government at the center has no answer to the current economic woe bedeviling the country because Buhari and his team after two years in office are more confuse, than when they took over.

Anirah added a critical review of the President’s address shows that Buhari is disconnected from Nigerians and does not feel their pains that are why the government failed to prevent the current fuel crisis that marred the Christmas celebration.

According to him, “Buhari and APC have failed Nigerians, the man is confuse and the people around him are not helping matters, people are suffering, the nation’s economy is groundling to a halt with attainder job losses and he does not care.

“One of the reasons that made me to leave APC is because of the insensitivity to the pains of Nigerians by the APC-led government. Look out the list of Board appointees recently release, is that a clear indication that the government is confuse?

“When you come to Delta state, the party is so fragmented that to even visit a fellow party member could be considered are working against the party, so everybody is suspecting each other, what type of party is that?

“So, I laugh them when they echo slogans such as APC take over Delta state, slogans alone does not win election, I can bet you that if election is conducted today, Delta APC cannot win a local government.

“By 6th of January the local government election will be conducted, I can bet you that APC will not win anywhere because they are not on ground, they could not do a central flag off campaign,” he added.