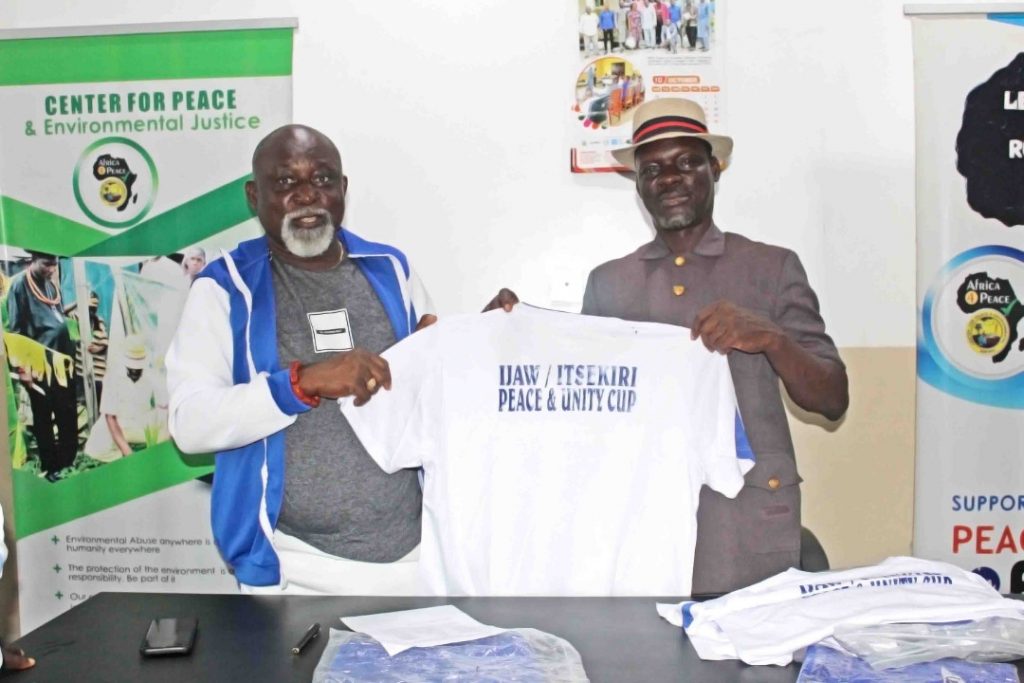 Speaking at the event, Chief Mulade said that the 2022, Ijaw/Itsekiri Peace and Unity Football Tournament also known as Comrade Mulade Sheriff Peace Cup, is to celebrate the age long peaceful relationship between the Ijaw and Itsekiri living in the three (3) Warri LGAs of Delta State.

While speaking on the date of commencement and venue of the football tournament, Chief Mulade said the football event is scheduled to start on the 16th of November 2022, to mark the International Day of Tolerance in line with the United Nations Sustainable Development Goal –SDG 16 – Peace, Justice and Strong Institutions, and then climax on the 3rd of December, 2022.

The unveiling event was well attended by the local organizing committee members and other peacebuilding organizations as well as supporters.

The Ijaw/ Itesekiri Peace and Unity Football Tournament is a bi-annual football competition organized by Center for Peace and Environmental Justice, CEPEJ, coordinated and sponsored by Comrade (Chief) Sheriff Mulade, to promote peaceful coexistence of both ethnic groups after a period of disunity, crisis and disaffection, and to build bridges of unity, socio-economic development, as well as discover football talents at the grassroot level in Warri Area and other parts of Delta State.

Highlight of the event was the presentation of the jerseys to the committee members by the National Coordinator of Center for Peace and Environmental Justice, CEPEJ, Comrade (Chief) Sheriff Mulade.