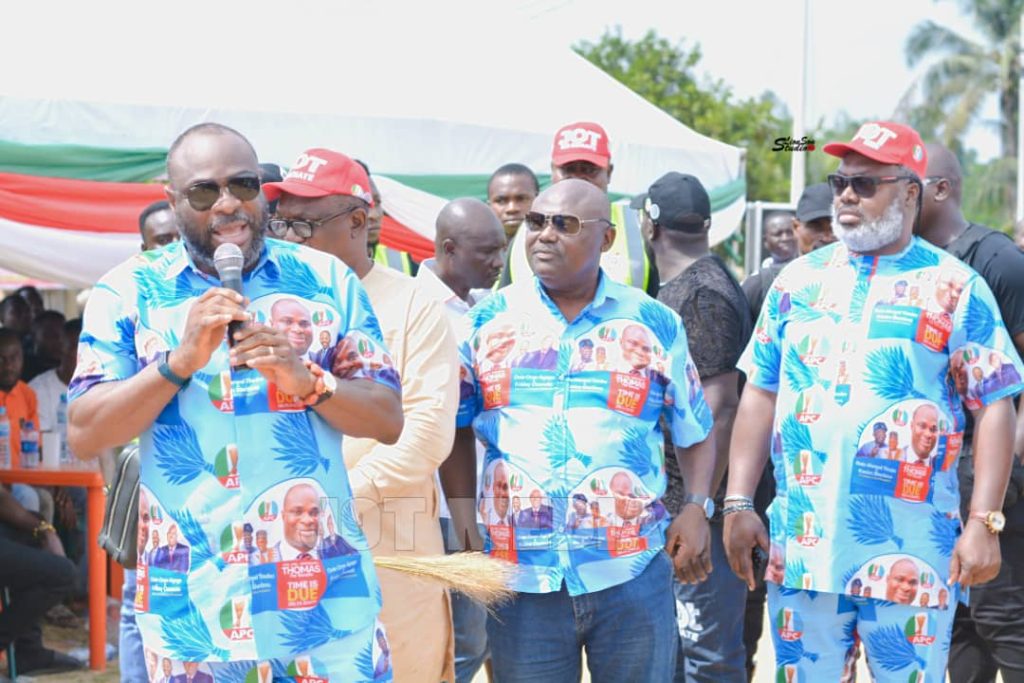 A top leader of the Ijaw ethnic group and chieftain of the All Progressives Congress (APC), Chief Michael Johnny has said the Isoko ethnic group should be allowed to produce the next Senator representing Delta South Senatorial district.

According to the Ijaw leader, the Isoko people have supported Ijaw for Deputy Governor for eight years and Senator for five terms of 20 years as well as supported Itsekiri for Governor for two terms of eight years, adding that it was only fair, just and equitable for other ethnic groups in Delta South to support Isoko for the Senatorial position in 2023.

Chief Johnny described Joel-Onowakpo as a sincere man who will work fervently for the development of Delta South. He urged Ijaw and Itsekiri nations to support him to boost development and reposition the zone for greatness.

“Isoko has always supported Ijaw and Itsekiri. Ijaw has been Deputy Governor for eight years and Senator for 20 years. Itsekiri also in Delta South has been Governor for 8 years. Only the Isoko has been marginalised. Now it is time for us to support Isoko for Senate.

“Hon Joel-Onowakpo Thomas is a good man. He shall bring development to Delta South when he is elected and will not take the back seat as a Senator. I appeal to all our people to vote for him for fairness, equity and his capacity to deliver,” Johnny stated.

He further assured the people that when elected, Hon Joel-Onowakpo shall visit the communities for victory thanksgiving.

While addressing the mammoth crowd, Joel-Onowakpo appealed to the people to elect him as the Senator representing the district. He assured them that he shall bring development and empowerment to Delta South.

“I am a man that has been tested at the local government, state and federal levels. My competence and capacity to turn things around for good is not in doubt. I will make Delta South proud when you elect me as your Senator,” Joel-Onowakpo stated.

Some of the Ward Chairman and Community leaders who spoke, said Hon Joel-Onowakpo Thomas has earned their support, stressing that they shall all work assiduously for his victory come February 25.