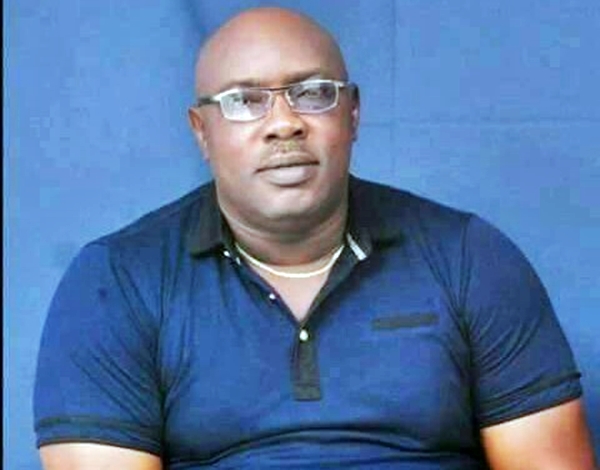 The member representing Isoko South constituency 1, Kenneth Edafe Ogba, has stated  that he will not dance to the tune “blackmailers” who are out to tarnish his hard earned image in a bid to extort money from him.

Ogba, stated this while reacting to an online circulated publications on the social media, which alleged that he goofed during last week plenary on the floor of the house and that he was unable to give correct spelling of his name before the Delta state house of Assembly tribunal judge sitting in Asaba, the state capital.

According to a statement from the office of the lawmaker, and made available to newsmen, “Ordinarily, we would have ignored the lies contained in the said publication against our principal, but our reaction is based on the fact that the more often we hear a lie, the more likely we are to believe it is true regardless of the underlying facts and it was Tom Stafford, a professor of psychology and cognitive science at the University of Sheffield, who wrote that the “illusion of truth” is created from frequently hearing a lie repeated.

“Our investigations through reliably sources revealed that the blackmailer who was nowhere near the court on the 15th of June, 2019 when the purported name misspelt issue came up, has boasted to some persons to bring down the  member representing Isoko South constituency 1 in the person of Hon. Kenneth Edafe Ogba, unless he does what he called “PRO”.

“We will want to emphasize clearly that the tribunal judge is not an Isoko or Urhobo that are conversant with our native names. Our principal, Hon. Kenneth Edafe Ogba was only asked to spell his name for proper documentation when he was asked to introduce himself to the court, having mounted the witness box, which he did perfectly well.

“It would be recalled that last week, this same newly recruited Isoko “blackmailer” through his friend’s online blackmailing machine, concocted a story that our principal during a legislative seminar at Enugu, paid for all the drinks and foods consumed by all his colleagues, when it is a known fact that such consumptions are footed by the state government since the seminar was a government event as such there is no way our principal would have footed such bills.

The statement while admonishing the sponsors of all the blackmailing stories to desist from such act and turn a good leaf, warned that should he remain adamant to the advise, “We shall be left with no option than to expose him and pick on his boss as well, since no one is a monopoly of blackmail.”