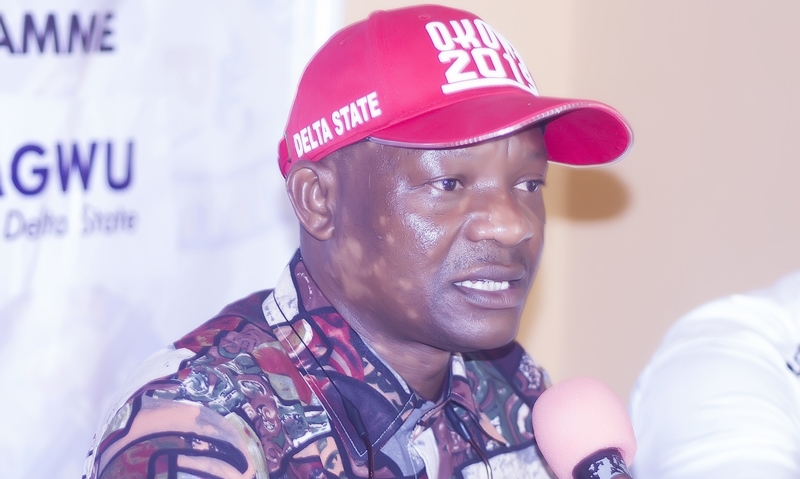 The Chief Press Secretary (CPS) to Delta state governor, Mr. Charles Aniagwu, on Wednesday, November 28, 2018 said Governor Ifeanyi Okowa has passed all the necessary tests and done all he needed to do for the people of Delta state to qualify him for re-election in the 2019 general elections.

Aniagwu, spoke during an interactive session with members of the Delta Online Publishers Forum (DOPF) in Asaba, the Delta state capital at the launch of its personality participatory programme, Frontline.

He said election is like an individual wanting to gain admission into the university, stating that Governor Okowa has passed all the tests for promotion to second term in the 2019 general elections.

He said the governor deserved the second term having scored excellence in all the examinations before him, saying the governor has been able to prove his programmes right and they have impacted positively on the lives of the people of the state.

“We have taken development to the creeks and the people are happy and willing to support the government. A number of youths have gone into agriculture. In a few weeks from now, we are going to launch our rice.

“We have built a number of schools. We took advantage of the UBEC law, we have paid our counterpart funds and renewed our primary schools across the state. The storm drainage is part of our efforts to make the state capital take a new look.

“Our roads are connecting to the rural communities. At the end of this administration, we are going to surpass the expectation of the people of Delta state. We have passed our examinations and garnered good grades for admission to second term. We are quite confident that the people of Delta state will vote for us. We are even looking at 5/5 in the vote for Governor Okowa.”

“We have done a number of roads. We have linked local governments to each other by roads. Maryam Babangida Way, at the end of its completion, will be like Summit Road. In all honesty, we do not want to play politics with projects. This is why we say we need time to consolidate on what we are doing.”

He said the process involves going to the internet and filling the form which anybody could fill, arguing that “we do not use politics to select the people. That process is not politicized,” adding that the chief job creation officer, Professor Eric Eboh, is not a politician.

He said the agricultural programme, skills acquisition programmes and health schemes have nothing to do with politics, noting: “So our empowerment scheme is not one sided, not only PDP members are engaged.”