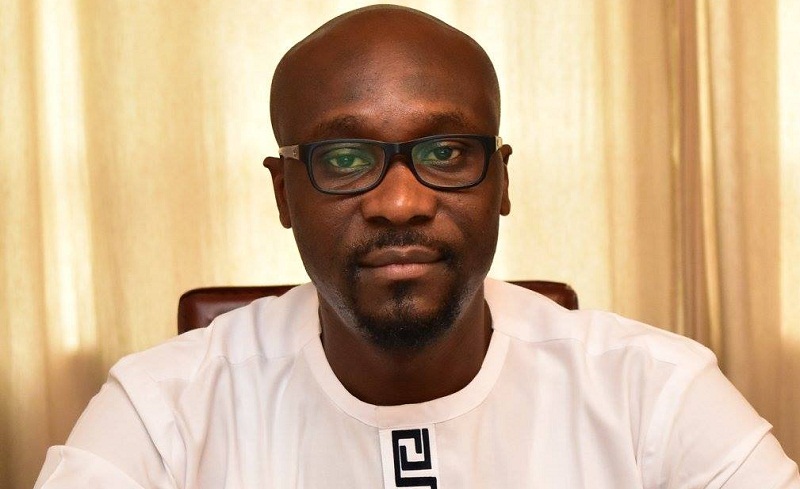 …He Should Sue The Person That Wrote, Not Me – Commissioner

The last is unheard of Delta State Commissioner for Science and Technology, Hon. Matthew Tsekiri, who allegedly sacked his Special Assistant and employed his alleged girlfriend’s brother.

The Commissioner, Mr. Matthew Tsekiri, is facing defamation charges by his former Special Assistant, Mr. Karure Tene-Omadide, who was allegedly sacked for refusal to remit 60 percent of his earnings.

The Claimant, Mr. Karure has approached the Delta State High Court of Justice sitting in Effurun, over alleged defamatory comments by the Commissioner’s Media Assistant, one Mr. Chris Anigbobi.

The case with Suit No: EHC/76/2020 is between Mr, Karure Tene-Omadide as Claimant and Mr. Chris Anigbobi and Mr. Matthew Tsekiri as First and Second Defendants respectively.

In his written statement on oath, the Claimant, Karure posited that one Chris Anigbobi, who is Media Assistant to the Honorable Commissioner, made a post on his Facebook wall on March 25, 2020, accusing him (Karure), among other seven allegations, of conspiring with the Commissioner’s Driver to steal the sum of N100, 000 from the commissioner’s official vehicle.

The claimant also sued that the Commissioner tacitly endorsed and gave approval to the alleged defamatory content posted by his media assistant, since he read the post and neither lifted a finger nor rebuked the post.

In the statement of claim, Mr Karure is seeking relief that the first defendant’s (Mr Anigbobi) claim of conspiracy with the commissioners driver  to steal the commissioners money to the tune of N100,000 while working with him, was an imputation of crime and defamatory of his reputation.

Karure is seeking as relief the sum of N100 million as ‘damages for defamation’ of his character and reputation.

He is also seeking an order of court compelling the defendants to pull down the said post/ publication concerning the claims made on March 25, 2020 on Facebook and to render an apology to him via the social media platform used in allegedly defaming him.

I Did Not Write That Article – Commissioner

Reacting to the suit, the Commissioner, Mr Matthew Tsekiri said the suit against him was not necessary as he was not the author of the article in question.

In his words, “I did not write that article. I have many media boys. Anybody has the right to write. If anybody writes anything, it is their opinion which does not concern me. The issue there is that somebody wrote something against him and I stayed silent.”

“Does he want me to shoot the person who wrote it? Did he not write false accusation against me? He wrote false accusation against me when he said that he transferred money to my girlfriend when I am a married man. Somebody that has been working with me; must everybody employ only male as staff? He should sue the person that wrote, not me.” He added.

Recall that the an investigation was published during the early days of the first Covid-19 lock down on Delta State Commissioner for Science and Technology, Hon. Matthew Tsekiri who fired his Special Assistant, one Comrade Karure Tene-Omadide, for not remitting to his coffers, part of his monthly salary and appointed his alleged girlfriend’s brother, one Mr. Progress Akpofure Okotete, as a replacement for the fired.

The investigation, revealed that the sacked Special Assistant, constantly remitted N100, 000 (40%) out of his monthly salary of N250, 000 to the Delta State Commissioner for Science and Technology, Hon. Matthew Tsekiri.

The Commissioner’s displeasure was allegedly informed by his demand for a raise of remittance from N100,000 to N150,000 (60%), which met vehement refusal by his Special Assistant, leading to his sack.

Documents available revealed that the sacked SA, who was appointed, on 16, September, 2019, had kept faith with the remittance up till the date of disagreement.

Precisely on 29, November, 2019 the sacked Special Assistant, transferred N400,000 out of the N819, 202 received as accumulated salary from the Delta State Government, into the account of one Miss Kesiena O.

The payment was done on the directive of the Commissioner, Hon. Matthew Tsekiri, to the lady alleged to be his girlfriend.

In the same vein, on 28th February, 2020, the sacked Special Assistant, made a transfer of N100,000 out his salary, to the Commissioner’s account.

It was gathered that it was the demand by sacked Special Assistant, for the Commissioner to refund his N50,000 loan that resulted in his sack.

According to our source, the Commissioner, felt a 20 percent upward review of remittance to N150,000 was necessary. The Special Assistant disagreed, and was fired.

At the time of press, the sacked Special Assistant had yet to receive his termination letter. However, an appointment letter signed by the Secretary to State Government, Barr. Chiedu Ebie, and dated March 1st, 2020, with reference number, SGD/399/T68A/1049 for Special Assistant, was already issued to one Mr. Progress Akpofure Okotete.